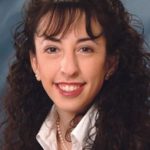 Rabbi Alana Wasserman was born in Paramus, New Jersey, and grew up in Worthington, Ohio and Dallas, Texas.  She graduated with a BA in English from the University of Texas at Austin.  After college, she attended Hebrew Union College in New York, and was ordained in 2004.  Upon her ordination, Rabbi Wasserman worked for four years as the Assistant Rabbi at Congregation M’kor Shalom in Cherry Hill, NJ. In 2009, she moved to Greenville, SC. She has spent the last five years working as the Campus Rabbi at Furman University, and the last three years as the monthly Rabbi at Temple B’nai Israel in Panama City, FL.

While in her first year of Rabbinical School in Jerusalem, Rabbi Wasserman met her husband, Rabbi Jeremy Master. They moved to Longmeadow, MA in June of this year. They are the proud parents of Peri Rose and Dara Ann.