NFTY is a Movement that builds strong, welcoming, inspired communities through teen-powered engagement. Together, we pursue tikkun olam, personal growth, youth empowerment, and deep connections, all rooted in Reform Judaism.

We are part of the family of Union for Reform Judaism camps and youth programs. URJ Youth provides young people with immersive Jewish experiences in North America, and around the world, including camps, Israel trips and social action/service learning travel programs.

With over 900 congregations and 1.5 million Jews, Reform Judaism is the largest and most vibrant Jewish movement in all of North America.

Below – NFTY Youth on Bus to Camp Eisner 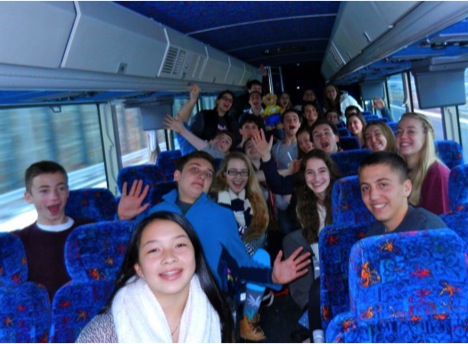